The inaugural award supports researchers who have the skills and imagination to potentially transform the way we live and work. 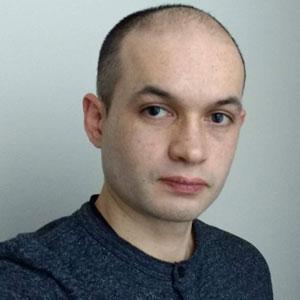 In 2019, he received a Best Paper Award at the 35th Conference on Uncertainty in Artificial Intelligence and an Outstanding Paper Award Honorable Mention at the 32nd AAAI Conference on Artificial Intelligence (2018). He graduated in 2017 with an MSc in Computer Science from Purdue University and a bachelor’s degree in Computer Engineering from Universidad Autónoma de Manizales in Colombia in 2011. 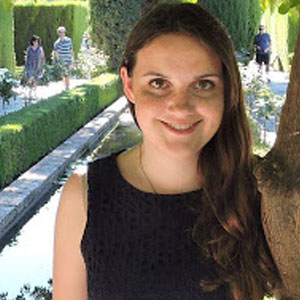 Emily Allaway
Emily Allaway is interested in implied semantics. In particular, she is interested in understanding stance and other types of meaning that are expressed but not explicitly stated in text. She is a third-year PhD student in the Natural Language Processing group under professor Kathy McKeown.

Allaway graduated from the University of Washington where she earned a BS in mathematics, a BS in computer science, and a minor in Ancient Greek. 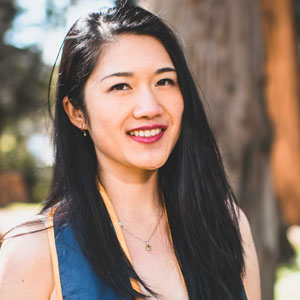 Liu graduated with general distinction from UC Berkeley in 2019 where she earned a B.A. in Computer Science, a B.A. in Cognitive Science, and a Certificate in New Media. 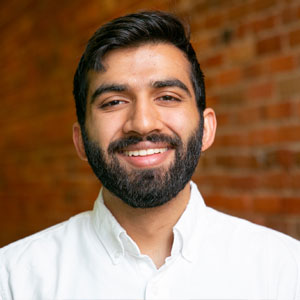 Sachit Menon
Sachit Menon’s research interests lie in machine learning and computer vision. He is especially interested in allowing computers to learn with less human supervision, as well as enabling them to generalize past the specific data they’ve seen (for example, by reasoning about uncertainty or causality). Menon is a first-year PhD student who will be advised by assistant professor Carl Vondrick. His graduate studies are supported by the NSF Graduate Research Fellowship and the Columbia Presidential Fellowship.

This year he graduated from Duke University with a BS in Mathematics and Computer Science with Highest Distinction. Menon’s undergraduate studies were supported by an Angier B. Duke fellowship (Duke’s flagship merit scholarship) and a Goldwater Scholarship (the most prestigious undergraduate scholarship in scientific fields). 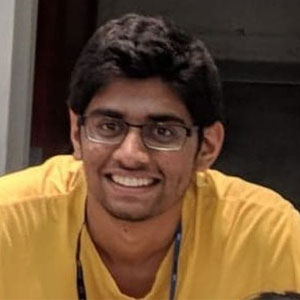 Shyamal Patel
Shyamal Patel is a first-year PhD student interested in combinatorics and theoretical computer science. He will be joining the Theory group and will be supervised by associate professor Xi Chen and professor Clifford Stein.

Patel graduated from Georgia Tech in 2020 with a degree in computer science. 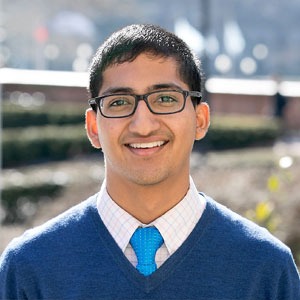 Shah graduated in 2019 from Columbia University with a degree in computer science.

The QInF is focused on recognizing, rewarding, and mentoring innovative PhD students across a broad range of technical research areas. The highly competitive program is open to PhD students in the Electrical Engineering and Computer Science departments from the top 24 US-based and Canadian schools. Only 13 two-member teams were awarded funding, out of 188 applications this year. 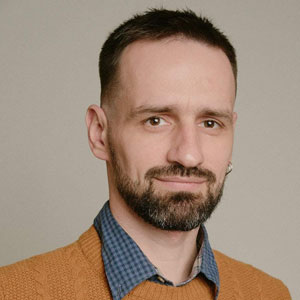 Evgeny Manzhosov
Evgeny Manzhosov is a second-year PhD student who works with professor Simha Sethumadhavan to develop secure and reliable systems. Prior to Columbia, he worked as Physical Design Engineer at Intel (2011-13), Apple (2013-16), and Cisco (2016-17). 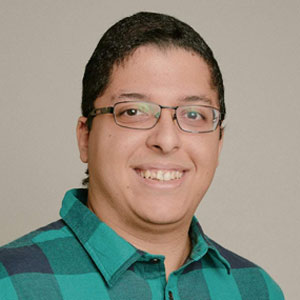 Mohamed Tarek
Mohamed Tarek’s research interests include systems security, microarchitecture design. and hardware support of security. He is a fourth-year PhD candidate under the guidance of professor Simha Sethumadhavan. His work on fine-grained memory safety, Califorms, is recognized with an IEEE Micro Top Picks Honorable Mention 2019.

Tarek received a B.Sc. and M.Sc. degrees in computer engineering at Ain Shams University, Egypt in 2014 and 2017, respectively. During his M.Sc. studies, he worked on using homomorphic encryption for secure data computations.

The scholarship is set up to support doctoral studies at SEAS as part of the collaboration between Columbia Engineering (SEAS) and Cheung-Kong Graduate School of Business (CKGSB). 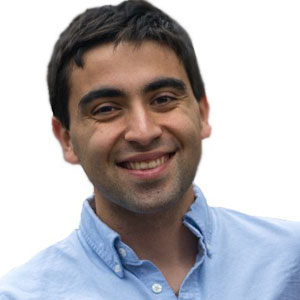 Keyon Vafa
Fourth-year PhD student Keyon Vafa’s research focuses on probabilistic machine learning, where he works on applying probabilistic methods to deep learning with professor David Blei. He is especially excited by applications to text and the social sciences. 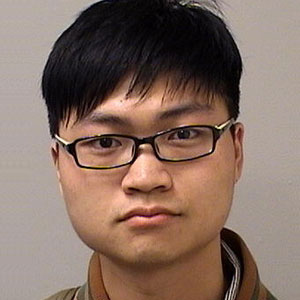 Chang Xiao
Chang Xiao is a fifth-year PhD student in the computer science department who works with associate professor Changxi Zheng. His research focuses on building human-computer interaction systems using computational methods and machine learning. He has developed methods in a range of applications and his research has attracted public interest, including media coverage from CNN, IEEE Spectrum, etc.

Chang received a BS degree in computer science from Zhejiang University in 2016 and is a recipient of the Snap Fellowship and a SEAS fellowship in 2019.

The scholarship is a highly-selective fellowship offered to a small number of admitted students. 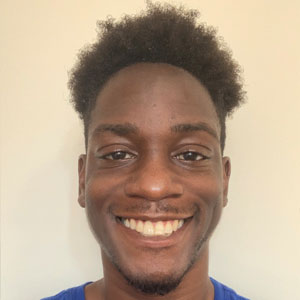 Kahlil Dozier
Kahlil Dozier’s research focus is networked systems with a particular interest in systems building and formal analysis. He is a first-year PhD student who will work with professors Vishal Misra and Dan Rubenstein. 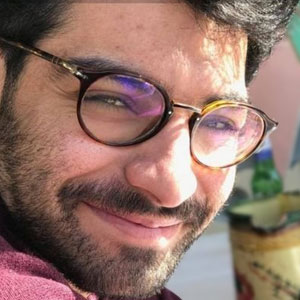 Loqman Salamatian
Loqman Salamatian is a first-year PhD student with the Networking group under the guidance of Ethan Katz-Bassett, Vishal Misra, and Dan Rubinstein. His main interests are in internet measurement, complex systems analysis, and information geometry. He will be working on finding new models to measure and understand the interactions between virtual and geographical space.

Salamatian is a mathematics graduate from Luxembourg University and has studied in France, Hong Kong, and Australia. 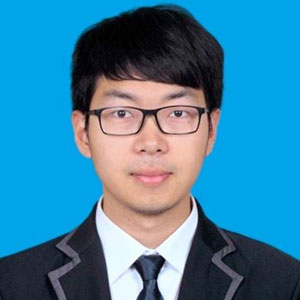 He was part of the Turing class at Peking University and graduated in 2020 with a bachelor’s degree in computer science.

The Columbia School of Engineering and Applied Sciences recognizes and supports Ph.D. students reflecting their academic achievements and clear potential for future success. 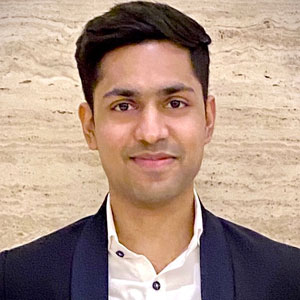 Gaurav Jain
A first-year PhD student, Gaurav Jain works with assistant professor Brian A. Smith on human-computer interaction and computer vision applications at the Computer-Enabled Abilities Laboratory (CEAL). His goal is to build interactive systems for people with disabilities (especially blind and visually impaired people) to better experience the world around them.

Gaurav received a bachelor’s degree in computer science from Delhi Technological University in 2020 and is a recipient of the Indian Academy of Sciences’ Summer Research Fellowship in 2019.

The Columbia School of Engineering and Applied Sciences established the Presidential and SEAS fellowships to recruit outstanding students from around the world to pursue graduate studies at the school. 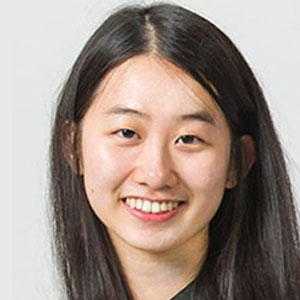 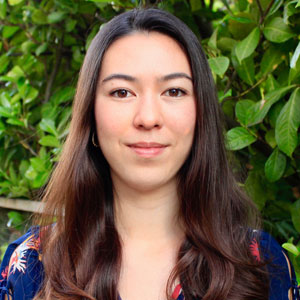 Miranda Christ
Miranda Christ is a first-year PhD student who is broadly interested in cryptography, complexity, and algorithms. She will join the theory group and will be co-advised by professors Tal Malkin and Mihalis Yannakakis. 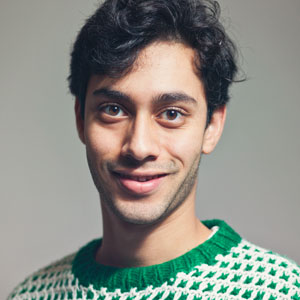 Samir Gadre
Samir Gadre‘s research interests include computer vision, robotics, interactive perception, lifelong learning, and machine learning. He is a first-year PhD student advised by assistant professor Shuran Song. While at Columbia his research will focus on object understanding, specifically on learning representations for everyday objects that are useful for downstream computer vision and robotics tasks.

Gadre graduated from Brown University with an Sc.B. Computer Science in 2018. For the past two years, he has worked as a Software Engineer at Microsoft HoloLens. 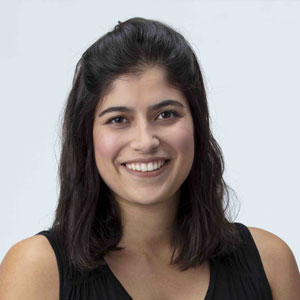 Melanie Subbiah
Melanie Subbiah plans to explore the different areas of Natural Language Processing (NLP) for the first year of her PhD. Subbiah will work with professor Kathy McKeown and she is interested in long-form controllable text generation, self-supervised learning, and neural networks.

In 2017, she completed a Bachelor’s in Arts and Sciences in Computer Science from Williams College.