Amey Pasarkar has been selected as a Finalist for his work on computational models that examine the microbiome and its role in health and disease.

The human gut microbiome contains trillions of bacteria that play a key role in preventing and fighting disease. However, the behaviors of these bacteria are still not well understood. One of these behaviors is the spatial arrangement of microbes in the gut. Numerous experimental studies have hinted that the various unique environments along the gut lead to certain bacterial spatial patterns. The research team created a consolidated computational model of the microbiome’s spatial arrangement. Their model can identify many of the previously discovered patterns and propose new ones as well. For example, the models found that the pH levels in the small intestine are likely promoting the growth of a specific family of bacteria.

The results demonstrate that the gut microbiome, while exceptionally large, has predictable and quantifiable spatial patterns that can be used to help us understand its role in health and disease. 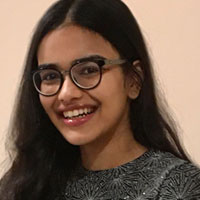 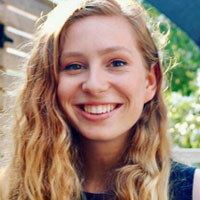 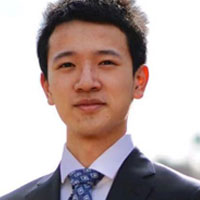 The researchers worked on using some recent advances in garbling of arithmetic circuits for secure exponentiation mod N, a vital operation in many cryptosystems, including in the RSA public-key cryptosystem.

A garbled circuit is a cryptographic protocol which allows for secure two-party computation, in which two parties, Alice and Bob, each with a private input, want to compute some shared function of their inputs without either party learning the other’s input.

Their novel approach implemented the Montgomery multiplication method, which uses clever arithmetic to avoid costly division by the modulus being multiplied in. The best method they found had each wire in a circuit representing one digit of a number in base p. They developed a system of base p arithmetic which is asymptotically more efficient in the given garbled circuit architecture than any existing protocols.

They measured performance for both approaches by counting the ciphertexts communicated for a single multiplication (a typical measure of efficiency for garbled circuit operations). They found that the base p Montgomery multiplication implementation vastly outperformed all other implementations for values of N with bit length greater than 500 (i.e., all N used for applications like RSA encryption).

Secure multiparty computation has many applications outside of computer science. For example, suppose five friends want to know their cumulative net worth without anyone learning anyone else’s individual net worth. This is actually a secure computation problem, since the friends want to perform some computation of their inputs while keeping said inputs private from other parties.

The paper trains models to detect when human action is unintentional using self-supervised computer vision, an important step towards machines that can intelligently reason about the intentions behind complex human actions.

Despite enormous scientific progress over the last five to ten years, machines still struggle with tasks learned quickly and autonomously by young children, such as understanding human behavior or learning to speak a language. Epstein’s research tackles these types of problems by using self-supervised computer vision, a paradigm that predicts information naturally present in large amounts of input data such as images or videos. This stands in contrast with supervised learning, which relies on humans manually labelling data (e.g. “this is a picture of a dog”).

“I was surprised to learn that failure is an expected part of research and that it can take a long time to realize you’re failing,” said Dave Epstein. “Taking a failed idea, identifying the promising parts, and trying again leads to successful research.”

The paper explores the problem of social influence maximization and how information is diffused in a social network.

For example, it might be about what kind of news people read on social media, how many people know about job opportunities or who hears about the latest loan options from a bank. So given a social network, classical algorithms are focused on picking the best k early-adopters based on how central they are in a network, say, based on their number of connections, to maximize outreach.

However, since social inequalities are reflected in the uneven networks, classical algorithms which ignore demographics often amplify such inequalities in information access.

“We were wondering if we can do better than an algorithm that ignores demographics,” said Jessy Xinyi Han. “‘Better’ here means more people in total and more people from the disadvantaged group can receive the information.”

Through a network model with unequal communities, they developed new heuristics to take demographics into account, showing that including sensitive features in the input of most natural seed selection algorithms substantially improves diversity but also often leaves efficiency untouched or even provides a small gain.

Such analytical condition turned out to be a closed-form condition on the number of early adopters. They also validated this result on the real CS co-authorship network from DBLP.