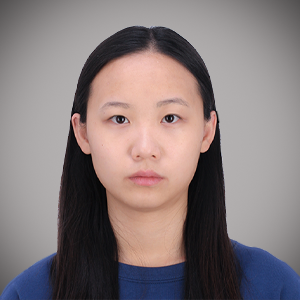 Shunhua Jiang
Shunhua Jiang is a fourth-year PhD student who is advised by Professor Alexandr Andoni and Assistant Professor Omri Weinstein. Her research interests are in optimization and data structures, with a focus on using dynamic data structures to accelerate the algorithms for conic programming.

Jiang graduated from Tsinghua University with a B.Eng. in computer science. In her free time, she enjoys running and playing the Chinese flute. 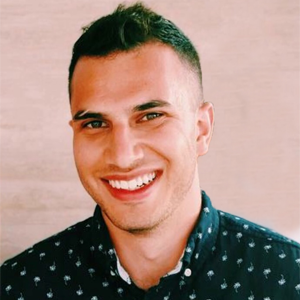 Andreas Kellas
Andreas Kellas is a second-year PhD student working in software system security, with interests in mitigating exploits, finding vulnerabilities, and verifying the correctness of software patches. He is co-advised by Professor Simha Sethumadhavan and Professor Junfeng Yang.

Kellas graduated from the United States Military Academy in 2015 with a BS in computer science and Arabic. 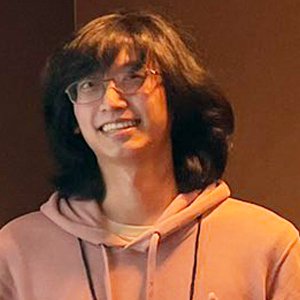 Harry Wang
Harry Wang is a first-year PhD student interested in the intersection of systems, networks, and security. He joins the Software Systems Laboratory under the guidance of Professor Junfeng Yang and Assistant Professor Asaf Cidon.

Wang graduated this year from the University of Southern California with a BSc in computer engineering and computer science. He was a 2021 Goldwater Scholar and received the USC Computer Science Award for Outstanding Research for his work on binary analysis and network security.

The GRFP is a three-year fellowship that recognizes and supports outstanding graduate students in NSF-supported STEM disciplines who are pursuing research-based master’s and doctoral degrees. 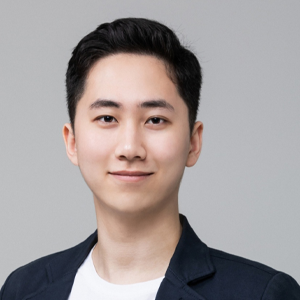 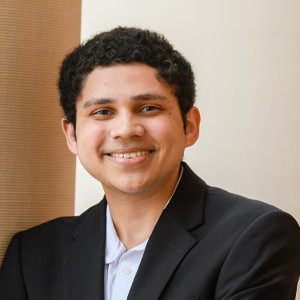 Deas graduated from Clemson University in May 2022 with a BS in computer science and a BS in Psychology. He was awarded a full-tuition scholarship as part of the National Scholars Program. While there, he received the Outstanding Senior Award in the Computer Science department in 2020, the Phi Kappa Phi Certificate of Merit Award in the Computer Science department in 2022, and the Award for Academic Excellence in Psychology in 2022. The Midwest Political Science Association (MPSA) awarded him a Best Paper by an Undergraduate Student for work on natural language processing and political tweets. In addition to the NSF GRFP, his graduate studies will be funded by the SEAS Presidential Fellowship and a Provost Diversity Fellowship. 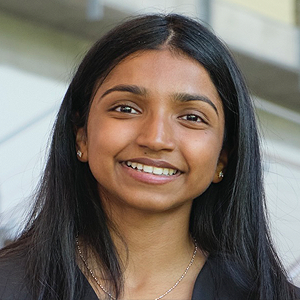 Sruthi Sudhakar
Sruthi Sudhakar is interested in computer vision with a focus on studying stronger representations using multimodal inputs to improve robustness and generalization. She is a first-year PhD student who will work with Professor Richard Zemel and Assistant Professor Carl Vondrick.

Sudhakar graduated from the Georgia Institute of Technology with a BS in computer science and received Georgia Tech’s 2021 Outstanding Undergraduate Research Award. 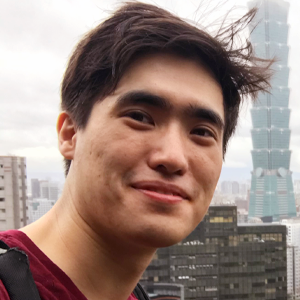 Toles graduated in 2016 from the University of Washington with a BS in materials science and engineering. He was a recipient of the Mary Gates Research Fellowship, NASA SURP scholarship, and an Amazon Catalyst Fellowship.

Ira Ceka
Ira Ceka is a first-year PhD student who will be advised by Baishkakhi Ray. Her research interests are in software engineering.

Prior to Columbia, Ceka worked in industry as a software engineer. She was also a research intern at IBM Thomas J. Watson Research Center, MIT, and Harvard University. She graduated in 2019 with a BS in computer science from the University of Massachusetts Boston.

The School of Engineering and Applied Sciences established the Presidential and SEAS fellowships to recruit outstanding students from around the world to pursue graduate studies at the school. 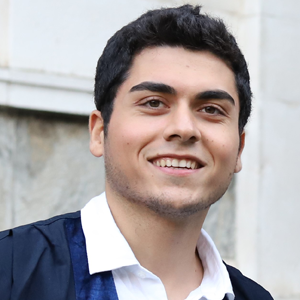 Yusuf Efe
Yusuf Efe is a PhD student set to work with Associate Professor Elias Bareinboim. His work will focus on designing robust causal reinforcement learning algorithms. He is particularly interested in defining dynamic and context-dependent value functions in reinforcement learning settings to render possible human-like learning processes for intelligent agents. In addition, he is interested in blockchain and decentralized finance.

Efe graduated with a BS degree in electrical engineering and physics from Bogazici University, Turkey. During his research internships at Stanford and UIUC, he analyzed multi-agent settings utilizing machine learning and game theory principles. He is an alumnus of the Turkish National Physics Olympiad team and won a gold, two silver, and bronze medals, and the Best Theory Paper award at the International Physics Olympiad. 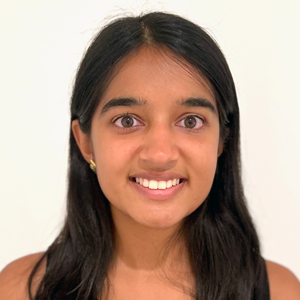 Rashida Hakim
Rashida Hakim studies the design and analysis of algorithms for networked applications. These applications include the Internet, distributed computing, and the brain. She joins the Theory Group and will be advised by Professor Christos Papadimitriou and Professor Mihalis Yannakakis.

Hakim graduated from the California Institute of Technology with a BS in computer science. When she has free time, she likes to crochet, hike, and read science fiction. 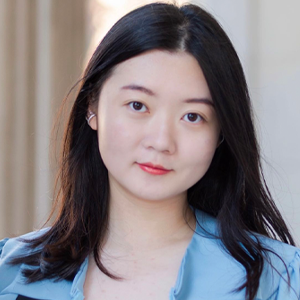 Zeyi Liu
Zeyi Liu is a first-year PhD student working with Assistant Professor Shuran Song on robotics and computer vision. Her work focuses on developing methods for embodied agents to better understand the environment and plan for complex tasks. She is particularly interested in developing robots that are able to assist humans in household environments.

Liu graduated from Columbia University in 2022 with a BS in computer science. She recently picked up sailing as a hobby and really enjoys it. 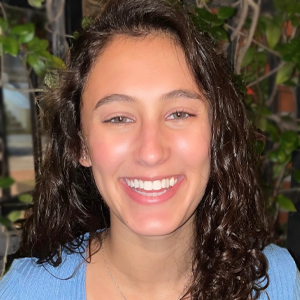 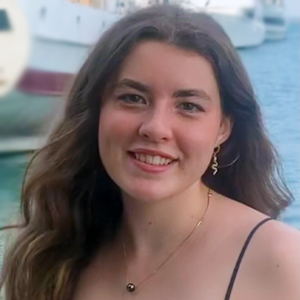 Passananti recently graduated from the University of Chicago with a BS in computer science and a minor in visual arts. She loves cooking and exploring the city, and when she has the time, she goes hiking, plays tennis, and makes pottery. 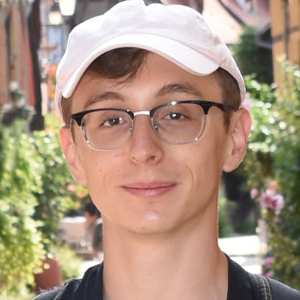 William Pires
William Pires is a first-year PhD student who is broadly interested in computational complexity and the role of randomness in computation. While at Columbia, he hopes to continue working on problems related to the TFNP classes. He will be advised by Professor Toniann Pitassi, Professor Rocco Servedio, and Professor Xi Chen and he is a member of the Theory Group.

Pires graduated from McGill University this May where he received a BS in computer science. While there, he worked with Robert Robere on TFNP classes and Hamed Hatami on communication complexity.

He enjoys being outdoors and looks forward to hiking in New York. 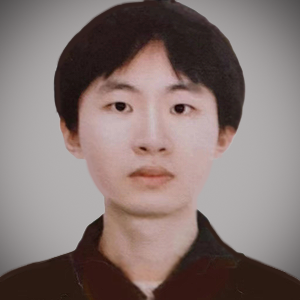 Kele Huang
Kele Huang is a first-year PhD student working with Professor Ronghui Gu and Professor Jason Nieh at the Software Systems Laboratory. He is interested in systems research, with a focus on operating systems, virtualization, and formal verification.

Huang completed his BE in microelectronics science and engineering from Central South University. His undergrad studies were funded by the China National Scholarship. He was recommended to the Institute of Computing Technology, CAS, and graduated with an MS in computer science in 2021. 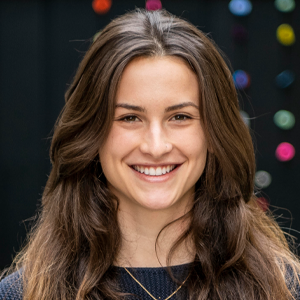 Natalie Parham
Natalie Parham studies theoretical computer science with a focus on quantum complexity theory and quantum algorithms. She is particularly interested in understanding the power and limitations of near-term quantum computers. She is a first-year PhD student in the Theory group who will work with Assistant Professor Henry Yuen.

She balances her time with strength training, skateboarding, and yoga. 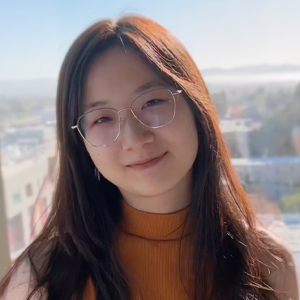 Mandi Zhao
Mandi Zhao is a first-year PhD student working with Assistant Professor Shuran Song. She is interested in data-driven approaches for robotics, such as imitation learning and reinforcement learning, and works on developing algorithms that enable robot learning in highly complex, real-world environments.

Prior to Columbia, she obtained her BA and MS degrees from UC Berkeley, where she was affiliated with Berkeley AI Research (BAIR) advised by Professor Pieter Abbeel. In the summer of 2022, she interned at Meta AI research and worked on scaling up robot imitation learning in the Pittsburgh office.

In her free time, she likes to paint, go hiking, and watch soccer games. 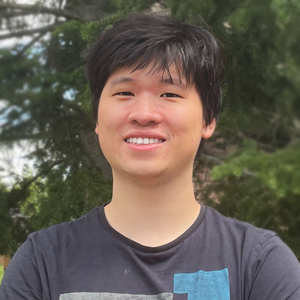 Jerry Liu
Jerry Liu is an incoming first-year PhD student advised by Associate Professor
Eugene Wu. His research interests lie in database systems and differential privacy. Particularly, he is interested in privacy-preserving data systems with high usability. During his free time, he likes hiking and playing board games.

Liu graduated from the University of Waterloo with a BS in computer science, statistics, and combinatorics and optimization in 2022. 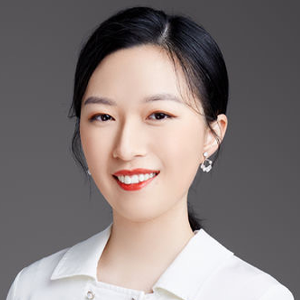 Sitong Wang
Sitong Wang is an incoming first-year PhD student whose work focuses on creativity support in the field of Human-Computer Interaction (HCI). She is broadly interested in research at the intersection of human creativity and technologies and will work with Assistant Professor Lydia Chilton.