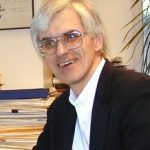 John R. Kender is a Professor of Computer Science at Columbia University. His primary research interests are in the use of statistical and semantic methods for navigating through collections of videos, particularly those showing human activities. He received his PhD from Carnegie-Mellon University in 1980, specializing in computer vision and artificial intelligence, and he was the first professor hired in its Robotics Institute. Since 1981, he has been one of the founding faculty of the Department of Computer Science of Columbia University. He was named one of the first National Science Foundation Presidential Young Investigators, and he has served the School of Engineering and Applied Science at Columbia both as Acting Dean of Students and as Vice Dean.
His awards include the Great Teacher Award of the Society of Columbia Graduates, and the Distinguished Faculty Teaching Award of the Columbia Engineering School Alumni Association. He has graduated 25 PhD students, has published well over 200 refereed articles, and holds multiple patents and patent applications in computer vision, video analysis, video summarization, and video browsing. 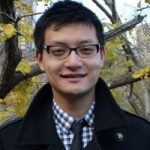 John Zhang received his PhD in Computer Science in 2013 from Columbia University where his research focused on the significance of gestures in unstructured video and examining the relationship between gestures and semantics. He developed methods to automatically recognize and classify gestures, methods that could be used in tools for efficiently browsing and searching video.
As an undergraduate he attended the University of Calgary where he was awarded a double Bachelor of Science degrees with distinction in Computer Science and Mathematics. He is a recipient of the 2008 International Fulbright Science & Technology Award.
Currently he is employed at Google in NYC. 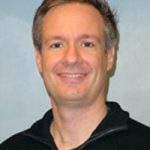 Paul Sajda is Professor of Biomedical Engineering, Electrical Engineering and Radiology at Columbia University. He is Director of the Laboratory for Intelligent Imaging and Neural Computing (LIINC) and Co-Director of Columbia’s Center for Neural Engineering and Computation (CNEC). His research focuses on neural engineering, neuroimaging, computational neural modeling and machine learning applied to the study of rapid decision making in the human brain. Prior to Columbia he was Head of The Adaptive Image and Signal Processing Group at the David Sarnoff Research Center in Princeton, NJ. He received his BS in Electrical Engineering from MIT and his MS and PhD in Bioengineering from the University of Pennsylvania. He is a recipient of the NSF CAREER Award, the Sarnoff Technical Achievement Award, and is a Fellow of the IEEE and the American Institute of Medical and Biological Engineering (AIMBE). He is currently the Editor-in-Chief for the IEEE Transactions in Neural Systems and Rehabilitation Engineering. He has been involved in several technology start-ups and is a co-Founder and Chairman of the Board of Neuromatters, LLC, a neurotechnology research and development company.